What exactly is an empath?

Empaths make up about 20% of the human population. They are the sensitive folks who feel what others are feeling, called empathy, at a higher frequency than most people. Put another way, empaths energetically feel in their own body, mind, and spirit the emotional undercurrents of other people, animals, nature and society.

Empathy is natural to humans and other animals and is experienced in varying degrees of intensity across the spectrum of the human population. What makes empaths unique is the dominant role that empathy plays in their daily life, experiences, relationships, and identity. 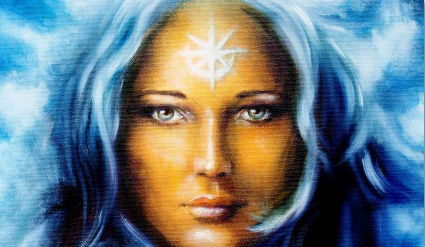 How to know if you are an empath: self-assessment

Chances are you already know you are an empath, but just in case here is a self-assessment so you can be sure. If you answer ”yes” to 6 or more from the list below, you are likely in the 20% of the population that is significantly impacted by your experience of empathy.

The story and science of the word “empath”

The word “empath” was first used in the early 1900s as part of the development of modern psychology. It is a translation from German to English — Einfühlung — literally meaning “in-feeling”.

At that time, it had a lot more to do with projecting one’s feelings onto objects  through something called aesthetic empathy. By the 1940s, the meaning shifted closer to today’s definition. Although we haven’t always had a word for empathy, empathy has always been intrinsic to human experience. Some other species experience empathy too, such as dogs and elephants.

Scientific research has shown that empathy is part of how humans have been able to survive. Elaine N. Aron, Ph.D., author of the book The Highly Sensitive Person, suggests that a species needs its more sensitive members to stay vigilant for subtle threats so they can alert the rest of the species. A Highly Sensitive Person (HSP) is a different concept than an empath, but there is some overlap in this case.

An HSP is thought to have a more responsive nervous system, and therefore are more sensitive in relation to their environment and the people around them. Empaths may also be HSPs, but experiencing empathy does not necessarily need to stem from a physiological response related to the nervous system, as with HSPs.

The ability to sense non-verbal, emotional experience in others has enriched humans’ capacity for communication and has enabled the species to better understand their environment.

There is science behind the experience of being an empath, having psychic abilities, and intuition — it isn’t all “woo-woo” or simply a vivid emotional inner-life.

The Journal of Future Studies published an article by Marcus T. Anthony in 2015 titled “Classical Intuition and Critical Futures.” Anthony goes into some detail about the science behind the intuitive experience and how this is rooted both physiologically in the body and in the mind.

The empath’s strengths and challenges

Being able to empathize has been shown to facilitate a more just, kind, and compassionate community. In “A Short History of Empathy,” Susan Lanzoni discusses eight different versions of empathy:

Translating emotions is nuanced. An empath often gathers information about how someone feels then interprets through their own lens of emotional understanding. This means that the “translation” is now intertwined with their own.

Empaths have a super-sensory gift to understanding the heart-space of their own being as well as others. This is a communication center, an energetic field that expands out beyond the body and interacts with the heart centers of others. It is an area where you can emotionally translate the experiences of others.

Feelings are ephemeral and transient; they are often subtle, other times intense and overwhelming. They can shift from deeply sad to joyful. Often they are difficult to describe with language. Because empaths are attuned to both their own emotions and those of others, this can often make you feel drained or overwhelmed as you navigate the ebbs and flows of the emotional currents surrounding you.

One of the things an empath can work on is distinguishing their own emotions from those of others. In addition to this, an empath needs to become skilled at setting boundaries and learn how to manage situations where other people might feed off the empath’s open and vulnerable emotional state. People do this consciously and unconsciously, discussed through the topic of energy vampires later in this guide.

Stark Treks the Next Generation has a great example of an empath in the character of Counselor Deanna Troi played by Marina Sirtis. Her character is half Betazoid, which is a species in the Star Trek universe with the psychic ability to sense emotions. Troi senses and understands the feelings and moods of the other characters, even other species, in the show.

Her skill is very much a human trait when it comes to empaths and feeling empathy in general. She provides support, counseling, and advice to the other characters using her skill in feeling what they are feeling. Sometimes she is portrayed in pain as she feels the pains of others as well, consistent with the empath’’s experience. Counselor Troi has a honed ability that comes naturally to her. She is able to employ it in her work and daily life on the show.

Like this Star Trek character, you are able to refine your emotional sense and tune it toward discovering how to live well in your body — aligned and balanced.

Previous: Become the main character in your own empathic story
Next: What is an archetype?